The (vanished) dream of the stray dogs in Morocco: killed by shotguns in the middle of the night

Dogs who trust humains killed by shotguns in the middle of the night, this is what’s happening in Morocco during these hours where a real hunt to strays is opened and which may not be yet completed. From the few notices arriving from Aourir, Tamraght and Taghazout, tourist localities in strong growth on the moroccan coast, the dead dogs would be many dozens and the number is probably increasing. What is Morocco doing and why the disapointment?
Cani, istruzioni per l'uso: per capire cosa pensano e dicono e come renderli felici 12 aprile 2018 16:50
di Zeina Ayache

Dogs who trust humains killed by shotguns in the middle of the night, this is what's happening in Morocco during these hours where a real hunt to strays is opened and which may not be yet completed. From the few notices arriving from Aourir, Tamraght and Taghazout, tourist localities in strong growth on the moroccan coast, the dead dogs would be many dozens and the number is probably increasing. What is Morocco doing and why the disapointment ?

According to the reports from on site witnesses, and as can be seen in the below post, this slaughter is done by a group of men armed with shotguns who were ordered to eliminate the strays which for many years live in full harmony with the local population. The reason ? Various hypothesis, from the will of Morocco to apply for the Mondiale 2026 to the constant and steady growth of construction and tourism but each of these represents only the contour of a reality which since always has choosen to handle the number of strays on the territory with practices not quite orthodox which involved precisely killing by shotguns.

In short, in Morocco, as occurs also in Italy (we recall of the slaugther of the 30 stray dogs in Sciacca),every now and then a decision is taken that it's time to reduce the number of strays: and on the how, each has his own preferences, from poisened baits to killing by shots.

However two years ago the situation had changed: the local authorities signed an agreement with the association Le Coeur sur la Patte which forbid the killing of strays who are under monitoring and are identifiable by a plate fixed on the ear.

It seemed like the dream had become true, Morocco became a positive example to follow by the whole world.

Since then indeed also thanks to thousands of euros obtained from these same authorities (a fact the makes the slaughter even less explainable), the association Le Coeur sur la Patte, apart having opened a kennel in Agadir, started a long process of a census of dogs on the territory which consists in their capture, their sterilization and their reintegration in the territory. The dogs inserted in this programme, as they said, are identifiable with a coloured plate fixed on the ear, this plate should secure their salvation, precisely "should secure them", because from what the witnesses reported, the men armed with shotguns did not seem to make distinctions.

In addition to the association, these years arrived on the territory other groups of persons interested to study the open and vanguard moroccan situation: from the University of Vienna dall'Università who on the same territory gave the go ahead to scientific researches on the lives of stray dogs which allows us to better know the man's best friend, to the italian project “Stray Dogs International Project”, headed by Clara Caspani and Lorenzo Niccolini, expert cynophilists who for years study the strays with the target to find a right balance between the freedom of the dogs and of the human beings with the ultimate goal to live together peacefully and in the respect of each one's space and necessities, avoinding thus that massacres of the sort, that are ongoing, to occur ever again.

It seemed a dream that has come true, Morocco became the positive international example to follow in the whole world.

Ah yes, "seemed"… because this dream has broken those hours, hours in which all those who worked in these years in projects dedicated to the coexistence man-dog are trying to understand how this could have happened.
Tourists in the middle of the night awoke by the sound of shotguns to which followed desparate cries of dogs who often remain only seriously injured, tourists who will never return to these places wichh had been their benchmark for surf and for holidays of relax and good life. Tourists who will tell their friends and relatives of the horrible scenes to which they witnessed.

All this will lead to what ?

In these last years Morocco invested millions of euros in constructions to allocate to tourism, in these places where strays lived free I could look with my own eyes the cement cover the hill, the resorts to be born and I was fascinated of how this country was succeeding where we failed; to allow the coexistence betwen dogs and persons through official investments et serious projects of scientific researches in places allocated for tourism.

In conclusion Morocco was investing on one side to develop and to get wealthy through tourism, as it is normal, and on the other side without forgetting about dogs, animals who are considered impure by Islam (the national religion) but whose life is nonetheless respected and for this protected or at least this is how it should be, " I do not live with a dog at home, but I respect him because it is a living being" this sentence is the one that the inhabitants of Taghazout repeat and who until very lately were living peacefully with free dogs spread in the territory.

Morocco these hours has broken the dream of many: of the tourists, of the local associations, of the researchers who arrive from all over the world and of the moroccan themselves. Why ?

The strays is a problem which is difficult to handle and certainly we italians cannot praise much ourselves, but in these moroccan places there seemed to be the solution: to sterilize the dogs, reintroduce them healthy in the territory after having identified them, to handle the food and water resources and to leave the time that passes to take care of the reduction of the number of specimen who being castrated cannot reproduce.

Morocco did not have the patience and, as often happens to those who are impatient, will pay for the consequences: a drastic diminution of tourism with a consequential loss of profits for the citizens and for the institutions, and a difficult coexistence now that the dogs suffer of a trauma and have lost trust and the loss of the esteem of all those who in these places came to study strays.

But above all, this choise is a failure because the dogs will be back again and form new groups and with the progress that is coming forward it will be more difficult to act by shooting; the eyes are pointed at Morocco and what we have seen these hours does not please us at all.

Here you can sign the petition to stop the shotguns. 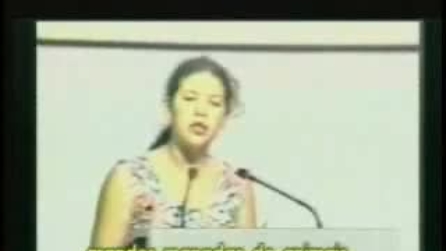 The girl who silenced the world
11